“We, who are leaders, owe it to the country to take the subject out of the party-political arena and have an honest conversation about this menace to our future. Nana Addo

President Akufo-Addo has made a passionate plea to leaders of the country to take discussions on galamsey (illegal mining) out of the party-political arena.

This, according to him, will allow for a productive dialogue that will address the menace.

“We, who are leaders, owe it to the country to take the subject out of the party-political arena and have an honest conversation about this menace to our future.

While delivering his final State of the Nation Address for his first term in office, Mr. Akufo-Addo stressed the need for an immediate solution to galamsey as its continued practice “leads to the pollution of our water bodies and the devastation of our landscape”.

Galamsey has posed a major environmental challenge to the nation for decades due to its attendant effect on our lands, water bodies, and forests. 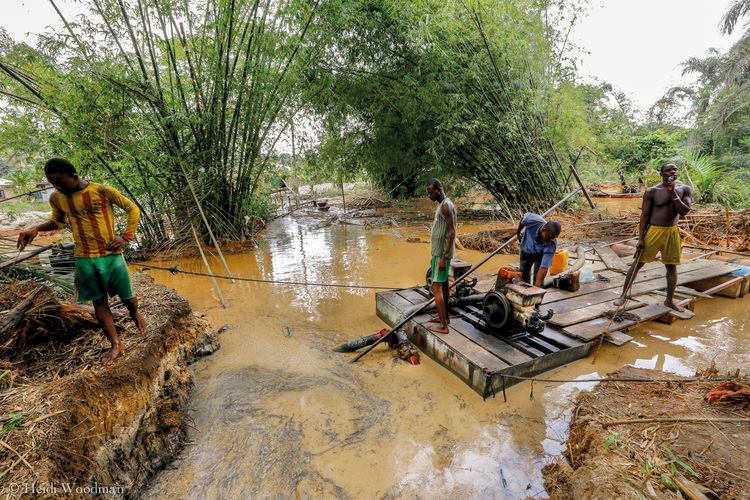 Although small-scale mining is a preserve of Ghanaians, some foreigners, particularly the Chinese have circumvented the system by providing mining support services to local miners and have over time become owners of the mining concessions by either buying concessions from Ghanaians or from the chiefs.

In his address to the nation, the President referred to the use of some of these types of illegal mining equipment that degrades our environment as “dangers” to our environment.

“The problem we have is the use of modern technology that leads to the illegal mining methods posing serious dangers to our water bodies and the health of our environment,” he stated.

“The pollution of our rivers and water resources has been so acute on occasion that the Ghana Water Company is unable to afford the distilling of water to make for safe drinking.

With a promise to put his presidency on the line to fight against galamsey when he assumed office as president in 2017, Akufo-Addo instituted many measures including the setting up of Operation Vanguard, a Military Police Joint Task Force (JTF) to combat the menace.

However, in recent times, it appears that the fight has been has lost.

By calling for the depoliticisation of the discussion on galamsey, it is hoped that collectively, Ghana will find a lasting solution to this menace and preserve our environment for posterity.

Man in court for allegedly refusing to pay beer bill

Nkonanza update: One dead as youth clash with Police