Two Police officers are among several other suspects who have been arrested for their alleged involvement in multiple robberies on bullion vans in Accra, the Police has announced in a statement on Monday March 7.

The Police said “preliminary investigations have established the involvement of two policemen among a number of suspects.

“The investigations are continuing and and we expect to soon bring all culpable people to face justice,” the Police said. 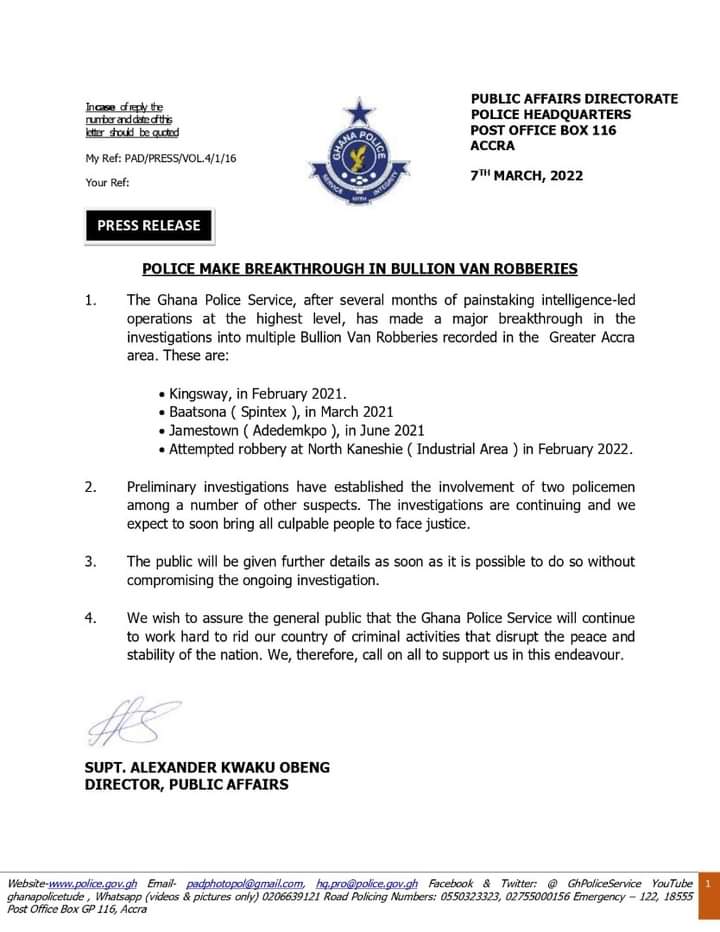 Check what a husband did when he caught his wife cheating

Stop the arrogance; be honest with Ghanaians on economic woes – Kwesi Botchwey to gov’t