Two married men have allegedly destroyed a car while fighting over a woman in Makurdi, the Benue State capital.

According to Facebook user, Atsuwe Shadrack, who posted photos of the damaged car, the incident happened around the Makurdi International market area on Tuesday morning, August 31.

He also claimed that the damaged car belongs to one of the married men.

One Fanen Dzua had claimed that the owner of the car has two women and can’t fight over a woman.

“Happening around makurdi international market area. Two married men fighting over a woman ended up destroying this car. Check if it’s your husband’s car, he dey fight for kpekus this early morning for road side. Makurdi married men and kpekus sef, [sic]” he wrote. 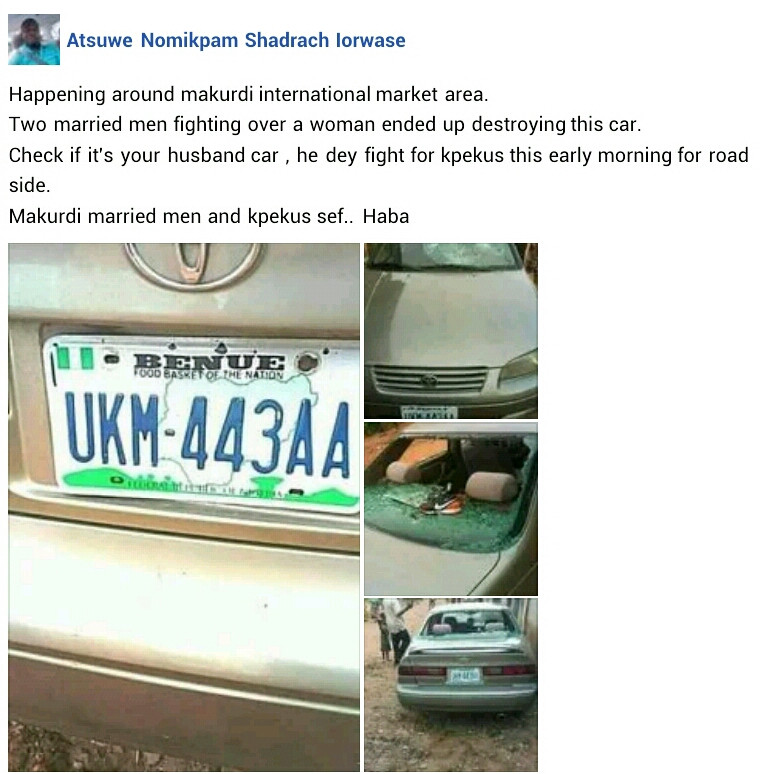 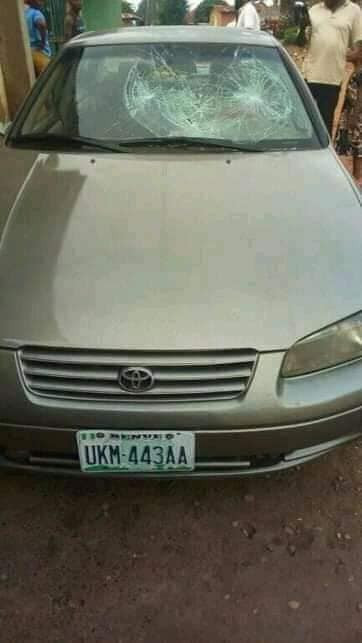 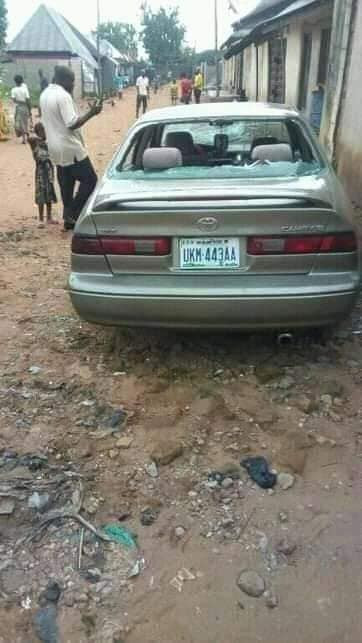