Suspect in Feyiase murder arrested, confesses to the crime – Police 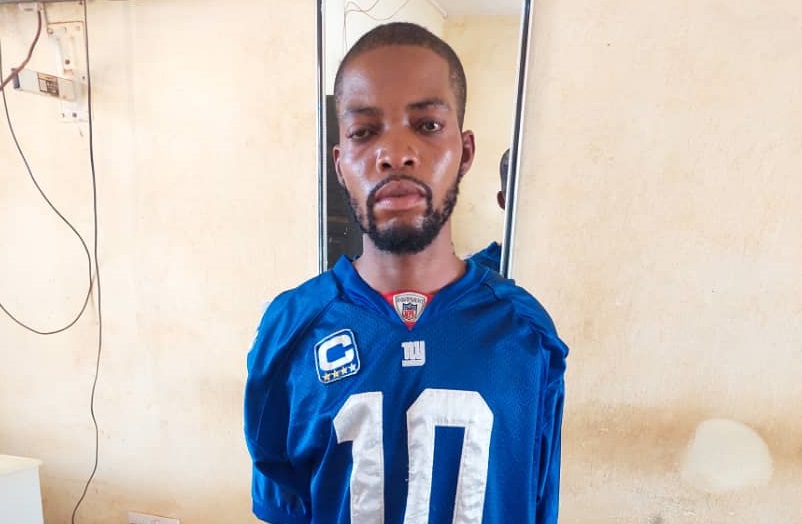 Police in Kuntenase in the Ashanti region have picked up a suspect in the death of the cabdriver Israel Agyei Manu.

The police has named the suspect as Rashid Ibrahim who has reportedly confessed to the crime.

He is said to have killed Israel Agyei Manu [pictured above], who was also a head teacher of Rogel Montessori Basic School at Atonsu Kumasi.

Manu owned a Toyota Vitz vehicle with registration number GE 3170-21, which he used on part time basis as a Bolt driver.

The police said the suspect initially gave an “untenable alibi.”

But later confessed to committing the crime and led police to retrieve the matchete which he allegedly used to behead the deceased at Feyiase New Site on July 4, 2021.

The suspect is in Police custody pending arraignment before court.

The Police has commended the Feyiase community members who volunteered their observation of movement of neighbours and strangers alike to Police, leading to the arrest.

The Police has assured them of the strictest confidentiality and appeals to such informants to desist from blowing their own cover by bragging about such exploits.

The Feyiase community in the Bosomtwe District of the Ashanti Region was on Sunday, (July 4, 2021) afternoon thrown into a state of shock when a headless body of a man believed to be in his mid-thirties was found in front of an uncompleted building at Feyiase New Site.

Police suspect he was killed by some unknown assailants who requested for his services.

The incident has thrown the community into a state of fear and panic as it was the first time such an incident was being recorded in the area.

His head was found meters away from the body with his mobile phone and wallet.

A Toyota Vitz vehicle with registration number GE 3170-21 believed to be his was also found at the crime scene.

The man was later identified as Israel Agyei Manu, a teacher in a private school at Atonsu in Kumasi.

He was also working on part time basis as a cabdriver [online hailing cabbie].

The Assemblyman for the Feyiase Electoral Area, Mr Samuel Yaw Kwae told the media that he received a phone call around 2pm on Sunday that a decapitated body had been found lying in front of an uncompleted building at Feyiase New Site.

He said he informed the police and together they went to the scene and found the body without the head.

Mr Kwae said the team searched the area and found the head about 200 meters away from where the body was lying.

The head had wounds suspected to have been inflicted by a machete.

The deceased was said to be visiting his fiancée at Feyiase when he had a request for a trip and decided to drop them off.

The body has since been deposited at the morgue of the St Michael Hospital at Pramso.