Former Black Stars player, Stephen Appiah has denied having an amorous relationship with Abena Korkor. According to the former Ghana captain, he has only come into contact with the former UCC student at public events.

“Let me place on record that, I have never encountered the said author in any special way other than at a few open and public events where she sought permission to take photos with me,” Stephen Appiah said in a statement released on March 17, 2022 The ex-player went on to state that “I am constrained to respond to this needless provocation because that falsa and offensive narrative strikes at the very care of my hard-won reputation, both at home and abroad.” Abena Korkor has made several claims to have had affairs with several Ghanaian personalities some which has proved to be false. Read Stephen Appiah’s full statement below 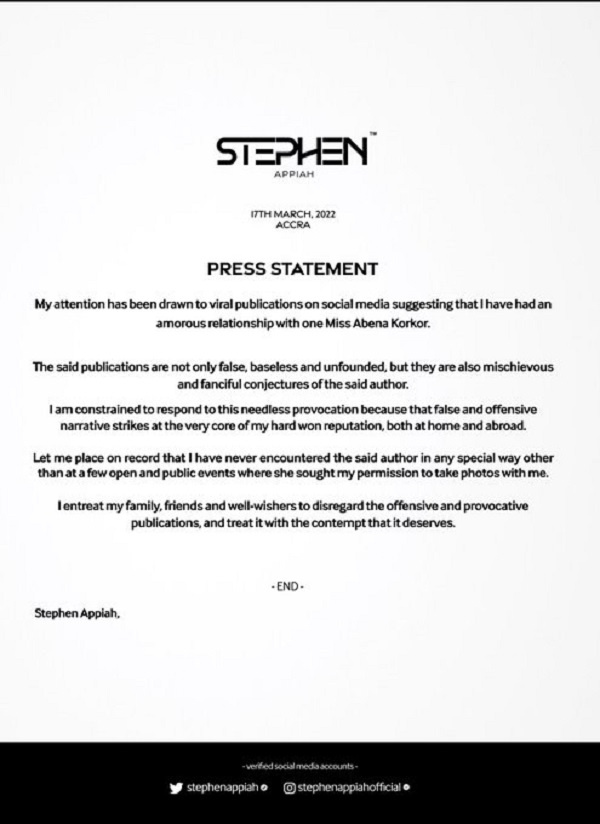 Minority shoots down approval of another €20m loan facility

Minority shoots down approval of another €20m loan facility