Two South African police officers have been arrested over the deadly shooting of a 16-year-old boy, which had sparked violent street protests.
The family of Nathaniel Julius, who had Down’s syndrome, said he had gone out to buy biscuits when he was shot dead in Johannesburg’s Eldorado Park suburb.
The officers will be charged with murder and “possibly defeating the ends of justice”, said the police watchdog.
The family said Julius was shot after not answering officers’ questions.
However, they added, this was because of his disability.
The police initially said Julius had been caught up in a shootout between officers and local gangsters.
The Independent Police Investigative Directorate (Ipid) said it had decided to arrest the officers after “careful consideration of the evidence at hand”.
Police used rubber bullets and stun grenades to disperse the stone-throwing protesters who had blockaded streets with burning barricades.
The clashes led President Cyril Ramaphosa to appeal for calm.
South Africa’s police are often accused of using excessive force – security forces have been accused of killing at least 10 people this year while enforcing a lockdown imposed to halt the spread of coronavirus.
“There is no evidence of any provocation and it’s difficult to understand why live ammunition could be used in a community such as this,” Archbishop Malusi Mpumlwana, head of the South African Council of Churches, told local media outside the Julius household.
“We can’t say Black Lives Matter in the United States if we don’t say it in South Africa,” he said.
Nathaniel Julius’ death has shocked many, not just in South Africa but also around the world.
His killing has touched a special nerve in the US, where there have been months of protests over police brutality. Several US personalities have tweeted about Julius’ death, including Beyoncé’s sister, Solange Knowles.
Here in South Africa, his community is outraged – they not only want answers, but justice.
But South Africans are sadly used to being failed by the justice system, no matter how many times they protest, no matter how many times stories of gruesome violence make local and even international news.
Even in the face of these arrests, few are encouraged that anything will change. That resignation to violence is one of this society’s great tragedies. 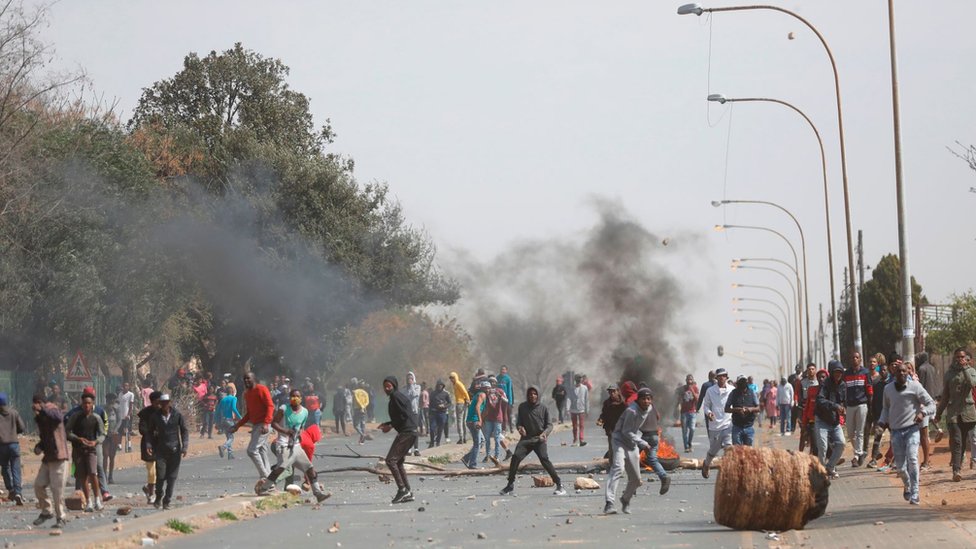