The International Judo Federation (IJF) has suspended Vladimir Putin’s status as Honorary President and Ambassador of the federation due to “the ongoing war conflict in Ukraine,” the sport’s governing body announced Sunday.

Marius Vizer, the IJF president, said in Friday’s statement: “We are saddened by the current international situation, the result of inefficient dialogue at international level. We, the sports community, must remain united and strong, to support each other and our universal values, in order to always promote peace and friendship, harmony and unity.

“The judo family hopes that the current unrest can be solved in the last moment, to reestablish normality and stability in Eastern Europe and the world, to once again be able to focus on the diverse cultures, history and legacy of Europe, in the most positive way.” 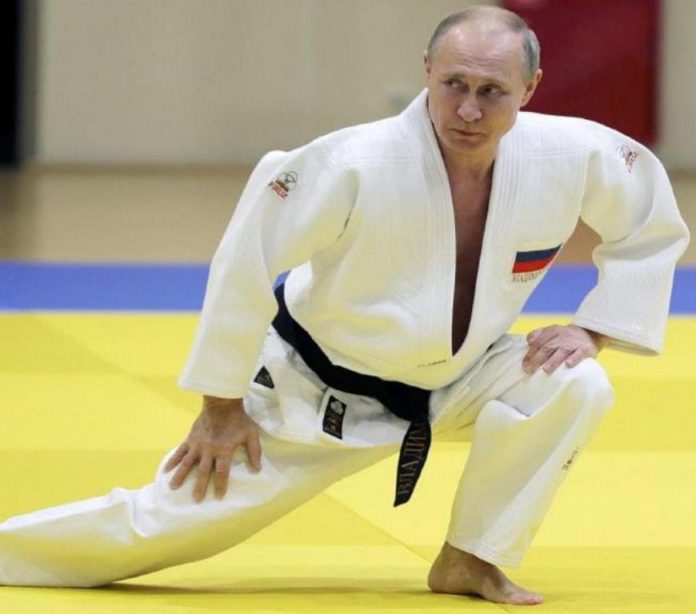 It comes as the International Gymnastics Federation (FIG) also announced the Russian and Belarusian national flags will not be displayed, and the two countries’ anthems will not be played at any FIG sanctioned event “following the Russian military invasion of Ukraine,” the sport’s governing body announced on Saturday.

The FIG has canceled all World Cup and World Challenge Cup events scheduled for Russia and Belarus and said “no other FIG events will be allocated to Russia or Belarus until further notice.”The FIG added in a statement: “All FIG-sanctioned events planned to take place in Russia and Belarus are removed from the FIG calendar and will no longer be recognized by the FIG.

No other events taking place in Russia and Belarus will be sanctioned by the FIG until further notice.”

In its statement, FIG president Morinari Watanabe said: “As a sporting governing body, our first duty is to protect all our athletes, including to protect them from political pressure. Our thoughts go to the members of the Gymnastics community in Ukraine. Sport is friendship and solidarity. “We must show solidarity with the members of our family who are in despair and offer them a helping hand to ensure their future. The FIG will ask the FIG Foundation for Solidarity to allocate special aid to support Ukrainian athletes and other members of the Ukrainian Gymnastics Federation hit by the war.”