Roads Ministry clarifies the suspension of road tolls in the country

The Roads Ministry has said it suspended road tolls in the country on Thursday to avoid chaos at toll booths following the  reading of the 2022 budget.

The Finance Minister in his budget presentation proposed the cancellation of road tolls in 2022. “Unfortunately, the Minister of Finance’s statement either got misunderstood or misinterpreted by some motorists, as many of them deemed the statement as having immediate effect and therefore decided not to pay the road and bridge tolls. The insistence of the toll collected to have the tolls paid caused serious confusion and in some cases, resulted in fisticuffs and damage to lives and property,” the statement said.

It comes after the Speaker of Parliament, Alban Bagbin, ordered the Minister for Roads and Highways, Kwasi Amoako-Atta to immediately withdraw a press release calling for the cessation of collection of road tolls.

The order follows a statement by Minority Leader, Haruna Iddrisu who called the attention of the House on the development and accused the Minister of Roads and Highways of usurping the powers of Parliament whose enactment birthed the tolls.

“Mr. Speaker, it is my submission strongly that the budget itself has not been approved by this house, not its principles or its objectives let alone talk about consequential legislation that may require of him. So Mr. Speaker, in order not to create a society of normlessness, I will have simply said that the Ghanaian public should ignore him because what he is doing is clearly against the letter and spirit of the law,” Haruna added.

The Speaker of Parliament, Alban Bagbin consequently directed the Minister to withdraw the press statement since Parliament has not yet approved the 2022 budget for any measures in there to take effect. Please read full statement below. 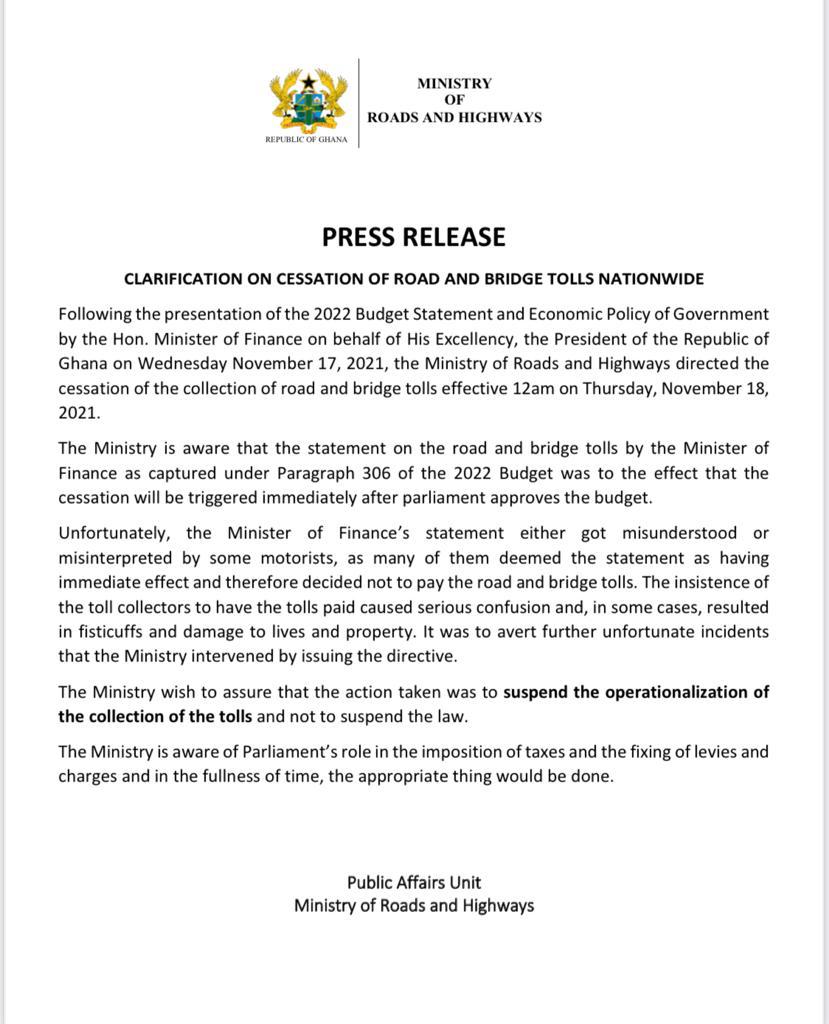 Ken Ofori Atta opens up on his health condition

Ken Ofori Atta opens up on his health condition