The leader of the Glorious Word Ministries, Reverend Isaac Owusu Bempah, has confessed to lying to Ghanaians to defend the NPP government led by President Nana Addo Dankwa Akufo-Addo.

His comments come over the construction of the national cathedral project which has stalled due to financial challenges. 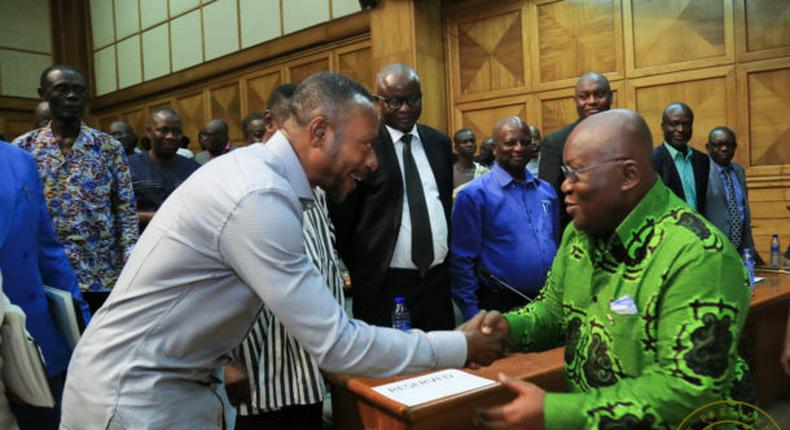 He revealed that he has not been consulted about the national cathedral project.

Speaking on Accra-based Okay FM, he said he peddles falsehoods not to make the government unpopular.

“Sometimes, you call me about the Cathedral and I lie to defend them but I’m not part. I was defending them. If they invite me [to the presidency], I will honour it but I can’t go without their invite.”

Construction work on the interdenominational National Cathedral at Ridge in Accra has come to a halt months after President Nana Addo Dankwa Akufo-Addo laid the foundation stone brought from Jerusalem, Israel, for the commencement of the project.

Work on the National Cathedral has come to a halt months after the project contractors RIBADE Company LTD, allegedly sacked over 200 of its workers over a lack of funds.

The site for the edifice, which is a 14.5-acre land next to the Parliament House of Ghana has come to a halt after the government spent about GH¢200 million on the project.

A letter dated March 14, 2022, signed by the project manager, Grant Ramsay, making rounds on social media, asked all the workers to return every property in their possession to the Human Resource office.

It stated that it was only complying with portions in the contract which enjoins them to mitigate costs since they were not receiving funds for the project.

Part of the letter reads “Due to the lack of payment from the National Cathedral of Ghana which has resulted in the project being suspended, RIBADE COMPANY LTD is required under the contract to mitigate costs.”

“This notice of termination takes effect on the 14th of March 2022 you are therefore requested to hand in all properties (i.e safety equipment, etc) belonging to the company in your possession to the HR office by close of work of the same day,” it added.