NEW DATE FOR ADUANA STARS VS HEARTS OF OAK ANNOUNCED

The Ghana Football Association wishes to announce that the outstanding Premier League game between Aduana Stars and Accra Hearts of Oak would now be played on Wednesday, December 09, 2020.

The game originally scheduled for Saturday; November 14, 2020 was postponed because the Hearts of Oak camp had been affected by several Covid-19 infections for more than two weeks. 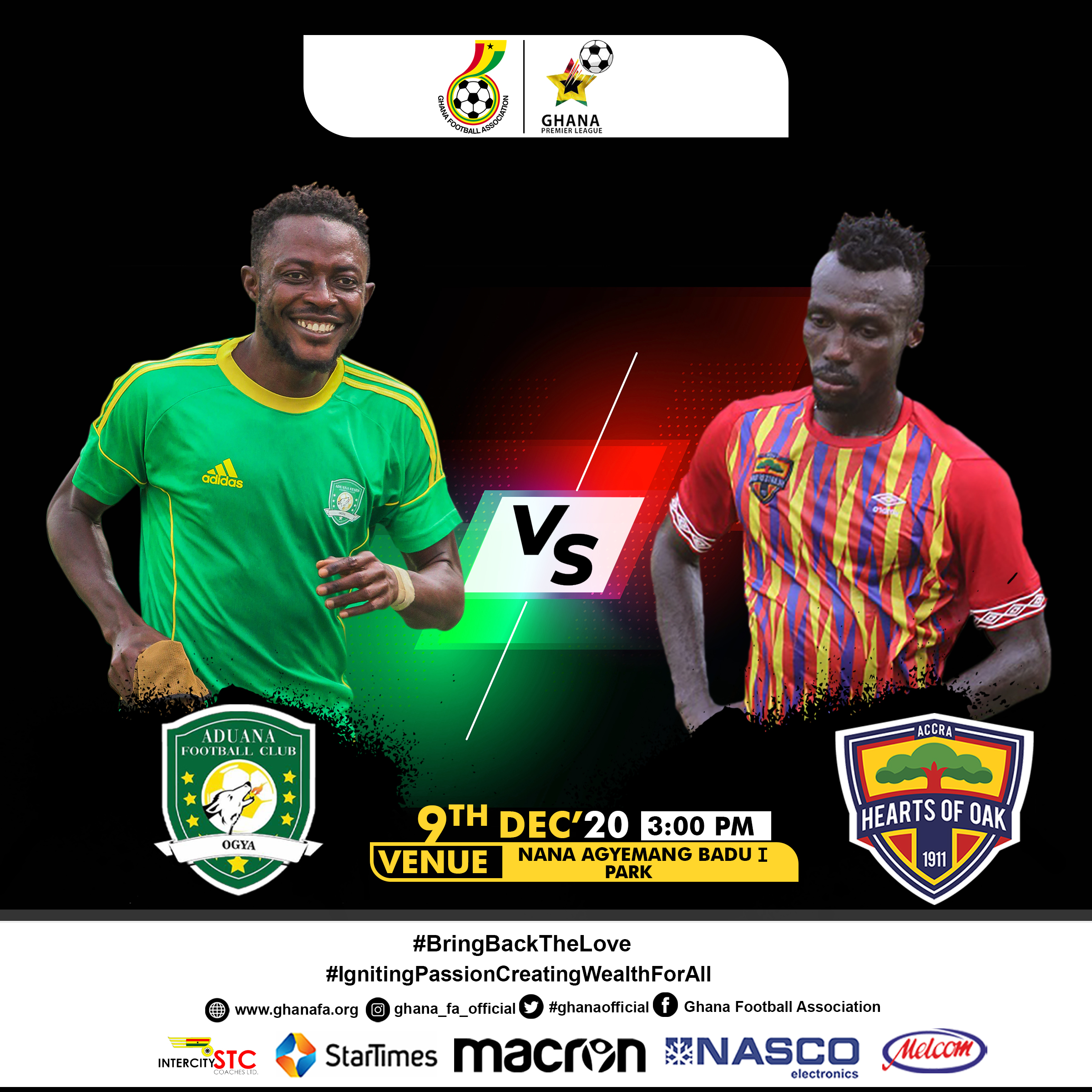 The two former League Champions will now battle each other at the Nana Agyemang Badu I park at Dormaa Ahenkro at 3pm.

The two teams have played one game each in the ongoing 2020/21 season. Aduana stars gave away a 1-0 lead to draw 1-1 with King Faisal on Sunday, while Hearts of Oak settled for a point against AshantiGold in a four-goal thriller on Tuesday, November 24, 2020 at the Accra sports stadium.