Messi shook the football world last week when he told Barcelona he wanted to leave the club where he has spent his entire career.

The Argentine superstar looks set for a reunion with Pep Guardiola at Manchester City – but only if a compromise can be reached with Barcelona over the 33-year-old’s mammoth £624million release clause.

Messi has a clause in his Barca contract which means he can leave the Nou Camp for free at the end of every season.

But the club said that clause was not valid beyond the end of June, and have been backed in their stance by La Liga.

he player who many regard as the greatest of all time is believed to remain firm in his desire to force through an exit, after becoming frustrated with the club recently.

And his father is set to meet Bartomeu for showdown talks on Wednesday, according to Italian journalist Tancredi Palmeri.

Bartomeu is reportedly ready to step down from his role as president if Messi agrees to stay – although as CBS Sports reports, this is unlikely to sway the star from his desire to leave.

Journalist Fabrizio Romano took to Twitter claiming that Messi “is not going to change his mind” and is ready to take on Barcelona and La Liga.

Barcelona president Bartomeu and Messi’s father to meet on Wednesday

e tweeted: “Messi also after La Liga statement is not going to chance [sic] his mind.

“He wants to leave and to start a new chapter. Barcelona told him again they won’t let Leo go for free to Manchester City – and La Liga position is part of their strategy. The saga is on.”

The six-time Ballon d’Or winner argued that the clause in his contract which allowed him to leave should still be vaild as the pandemic meant the season was extended.

But that was rebuffed by the statement from La Liga.

The statement read: “In compliance with the applicable rule, La Liga will not approve a request to be de-registered as a player with the Spanish football federation, unless the amount in the release clause has been paid.”

Messi did not report for coronavirus testing with the rest of the Barcelona squad on Sunday, underling his determination for a move, as it means he cannot return to training on Monday.

As well as City, Paris-Saint Germain, Inter Milan and Juventus are all believed to be interested in a transfer swoop for the world’s top player. 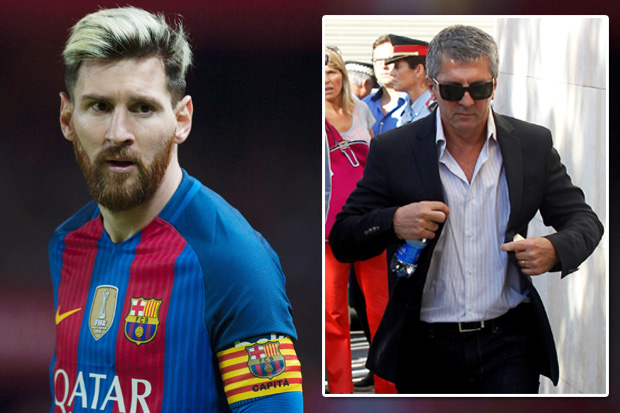 Thank you for your message, we will be in touch very shortly.

Sorry, there has been a problem and your message was not sent.

Please enter your contact details and a short message below and I will try to answer your query as soon as possible.

GFA TO STRICTLY COMPLY WITH COVID-19 PROTOCOLS AT CONGRESS

Kumasi Asante Kotoko celebrtaes 85 years anniverssay – check out message from the C.E.O. to the club

Kumasi Asante Kotoko celebrtaes 85 years anniverssay - check out message from the C.E.O. to the club