A world class strike from Richmond Lamptey in the 61st minute was all they needed to seal the points against the Phobians.

Both played cautiously from the back and spreading the ball on the wings in search of an opportunity to pounce on lose balls but Hearts of Oak looked more purposeful and a delight to watch.

Hearts Coach Edward Nii Odoom was forced to make a change to the side as he brought on Robert Sowah for the injured Nuru Sulley.

Kwadwo Obeng Junior who grabbed a brace for Hearts of Oak against AshGold Tuesday night was partnered by Abednego Tetteh upfront.

Allies played with discipline at the back. They kept their shape in most stages of the game, thanks to captain Hashmin Musah, Issah Ali, Fard Ibrahim and Desmond Abuga to keep the Hearts of Oak attack at bay.

Inter Allies scored, fifteen minutes after the break when midfielder Richmond Lamptey unleashed an absolute belter from 25 yards into the roof of the net for the game’s first goal that proved to be the match winner.

Hearts of Oak goalkeeper Richard Attah was off his line and could also watch on agonizingly as the ball rocketed into the top corner.

Allies could have added the second on the 75th minute mark but Alex Aso who had been put through clear on goal slipped inside the box, letting Hearts of Oak off the hook. 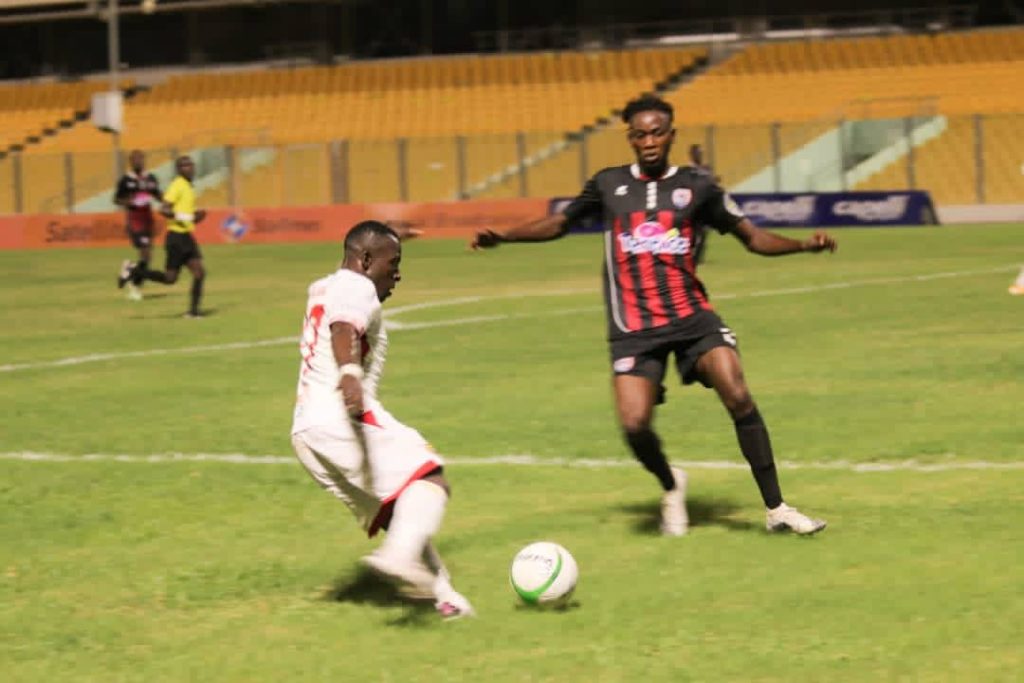 The changes made them more stable and resilient in the dying embers of the game when Hearts of Oak kept pushing for the equalizer.

Eric Dizan was later introduced to take the place of Abednego Tetteh. Abdul Manaf Umar also came on for Michelle Sarpong but that was not enough to save the Phobians as Inter Allies kept their cool to end the game.

Lamptey’s goal is Inter Allies’s first strike of the season having gone barren in their first two games against Dreams FC and Karela United Football Club.

Allies have their first win from 3 games while Hearts taste their first defeat after two games, drawing their opener 2-2 with AshantiGold.

Inter Allies midfielder Richmond Lamptey who’s goal made the difference between the two sides was named the NASCO Man of the match.

Prophecy( HOT AUDIO) listen to the region that would bring the winner of the 2020 elections to power. very surprising – Apostle Dirl King Airl Marshall

Prophecy( HOT AUDIO) listen to the region that would bring the winner of the 2020 elections to power. very surprising - Apostle Dirl King Airl Marshall