GJA will ensure “we get justice for first and foremost our brother Pius Asiedu – GJA General Secretary, Kofi Yeboah

A suspect in the electoral violence in Ablekuma Central Constituency in Accra has been remanded into police custody for a week by the circuit court.

The suspect, Collins Kwaku alias Kola was arraigned on 6 counts of causing harm, possession of firearms without lawful authority and using offensive weapons without legal authority.

He pleaded not guilty to all charges. 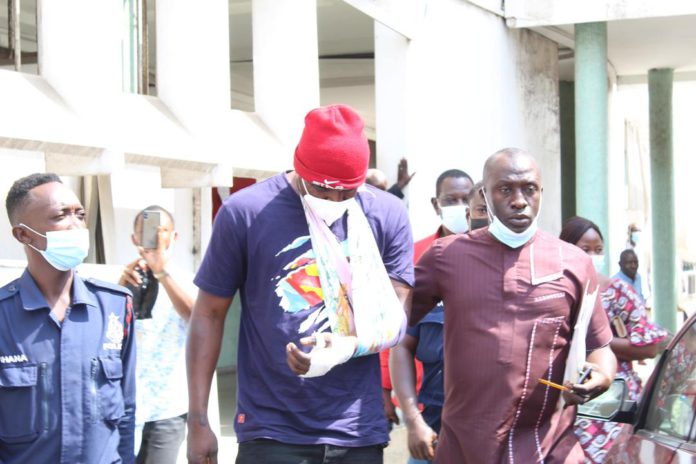 Kola is accused of shooting 5 persons, including a police officer and a journalist at the collation centre in the constituency at the Odorkor Police Church.

One of the victims, Ibrahim Abass, is reported to have passed away on Wednesday, December 16.

Lawyer for the accused Faisal Cisse pleaded for bail for his client arguing that his client is a public officer and not a flight risk.

Kola, per his lawyer, is employed as a National Security Officer at the Operations Department of the Office of the President, Jubilee House.

Meanwhile, the Ghana Journalist Association has promised to follow the case through to the end.

GJA General Secretary, Kofi Yeboah, who was in court said that the GJA will ensure “we get justice for first and foremost our brother Pius Asiedu and the two other victims who suffered injuries.”

Dissatisfied candidates or political parties,should endeavour to seek redress by using the laid-down processes and procedure – National House of Chiefs

Dissatisfied candidates or political parties,should endeavour to seek redress by using the laid-down processes and procedure - National House of Chiefs