Ashaiman superstar, Tinzkid Muzik, has been hospitalised after surviving an attempt on his life.

The Reggae Dancehall and Afrobeat Artiste was ambushed while returning from Suhum to Accra after celebrating the Odwira Festival over the weekend on November 19 where he had performed.

A press statement announcing his condition said the artiste, real name Jospeh Fosu, was attacked by three men. He was slashed and wounded with a cutlass when he tried to escape the grips of two of the unidentified men but to no avail.

The motive of the attack is currently unknown.

After the ordeal, the release said his phone and personal belongings were also snatched away. 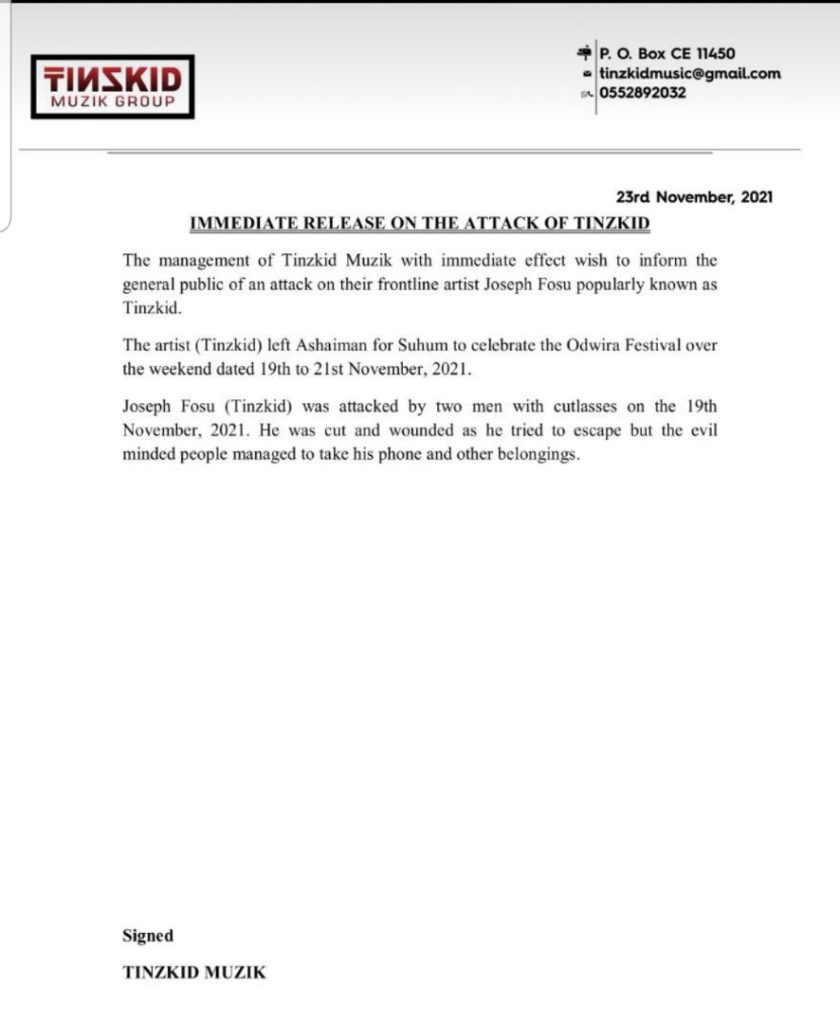