Marrying Delay is one of the biggest plans I intend to achieve. After I lost my ex-wife, I have not married any other woman. I traveled all the way to Ghana to purposely marry Delay,” he earlier stated. But responding to the claims, Delay has described Gemann as a clout chaser. “I’ve never met him before. It’s called clout chasing,” she said when a social media user asked her opinion on the comments expressed by Gemann. Read the post below. 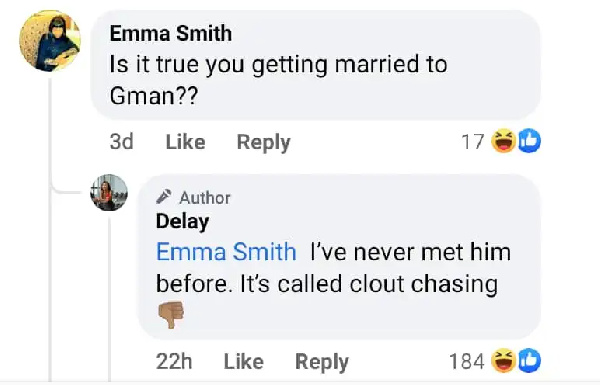