FEBRUARY promises to be a make or break month for Chelsea as Frank Lampard’s title challengers face a host of tough trips. Of the six matches the Blues are currently scheduled for, only two are at home. 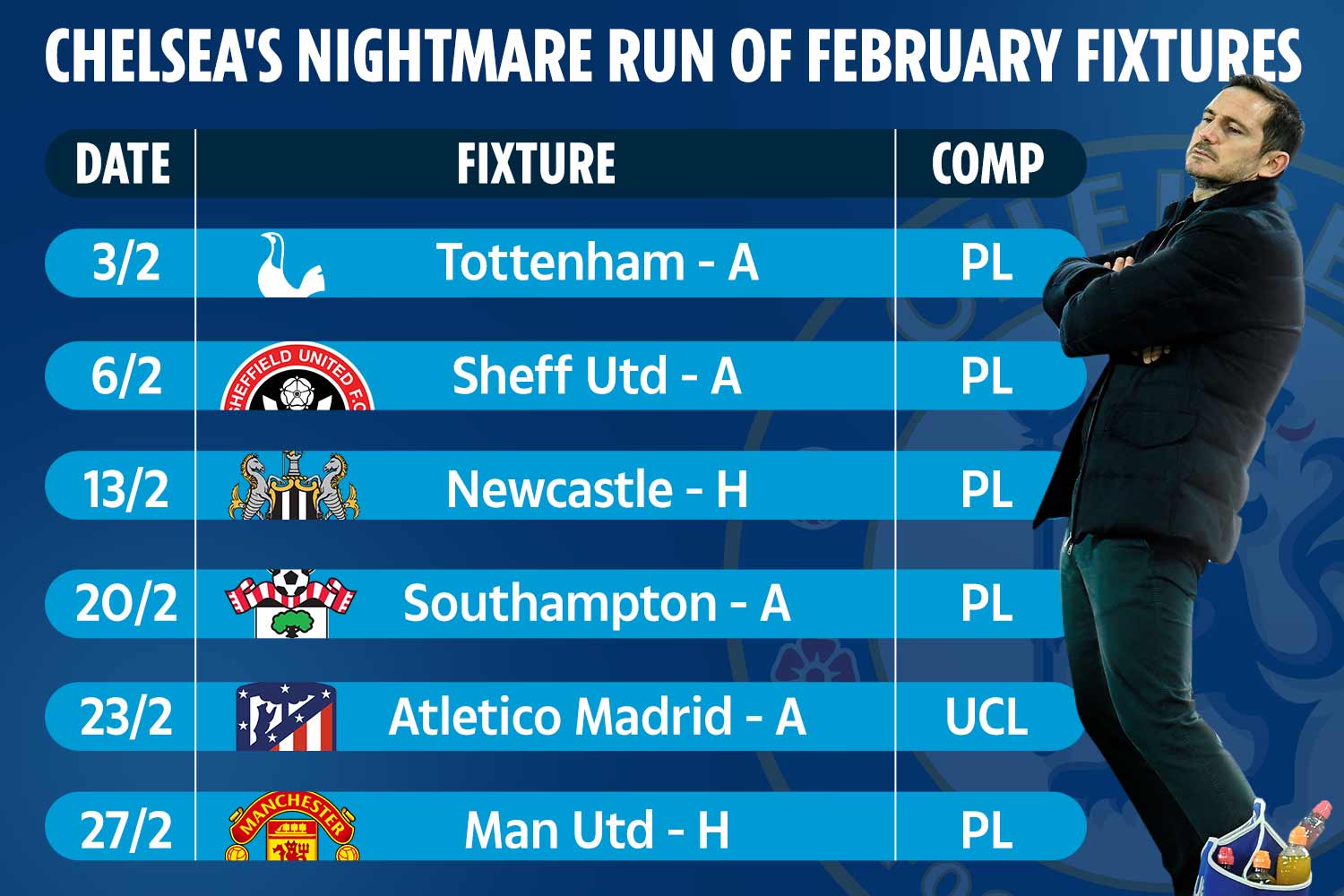 The month kicks off with a midweek trip to table-topping Tottenham before a potential banana skin versus Sheffield United.

A break before the next weekend’s game against Newcastle may not be what Chelsea want, with the FA Cup fifth round scheduled for Tuesday, February 9.

The Blues will hope for another comfortable night against the Magpies having won their last eight meetings in West London. Finally guaranteed a few days’ rest, Chelsea then make the short trip to Southampton on February 20. Saints sit above Lampard’s men at this moment after seven wins from their opening 12 matches.

And the visitors to St Mary’s may have one eye on their Champions League last-16 first leg trip to Madrid the following midweek.

Atletico welcome Chelsea to Estadio Wanda Metropolitano aiming to knock them out in a similar fashion to last year’s upset against Liverpool at the same stage.

Rounding off the difficult spell is a visit from Manchester United on the weekend of February 27.

Broadcasters are yet to pick their matches for this period but the Blues will be spared from the disliked Saturday lunchtime kick-off for that game, if the Red Devils are still in the Europa League.

Having lost to Everton on the weekend, Chelsea’s position as title contenders will be much clearer by February.

But any ambitions of silverware will have to cross this tricky gauntlet.

We will risk everything to see our flagbearer, John Mahama declared President-women’s wing of the National Democratic Congress (NDC)

DIEGO Maradona’s death probe has taken a new twist as it emerged cops have searched the home of his accountant’s brother.

DIEGO Maradona’s death probe has taken a new twist as it emerged cops have searched the home of his accountant’s brother.